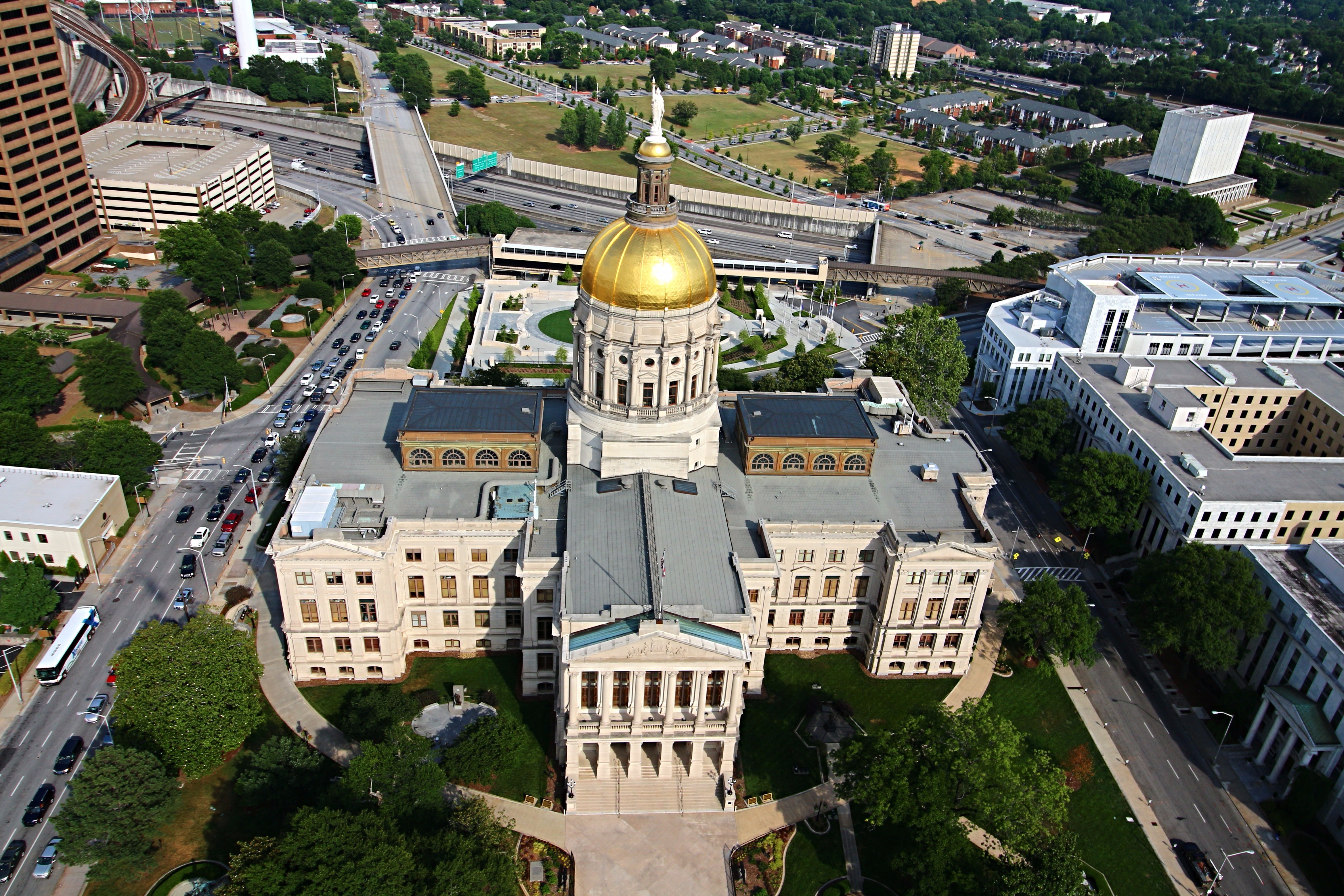 One of the most recognizable features of the Atlanta skyline is Georgia’s gold-domed state capitol, located several blocks southeast of the center of downtown. Although dwarfed by nearby skyscrapers, the dome glistens from the same hill that supported the first state capitol building in Atlanta. We are the proudest of this project because the State Capitol is one of only forty-three National Historic Landmarks in Georgia. The existing roof was a copper standing seam roof that had to be removed down to the wood deck. Once we repaired the deck as needed, a five-ply Soprema roof was installed over the wood deck. On top of this, four inches of Dow insulation and custom-ordered two-inch Hanover pavers were installed. The work on the State Capitol was completed at night because the building was occupied during the day while the Georgia General Assembly was in session.